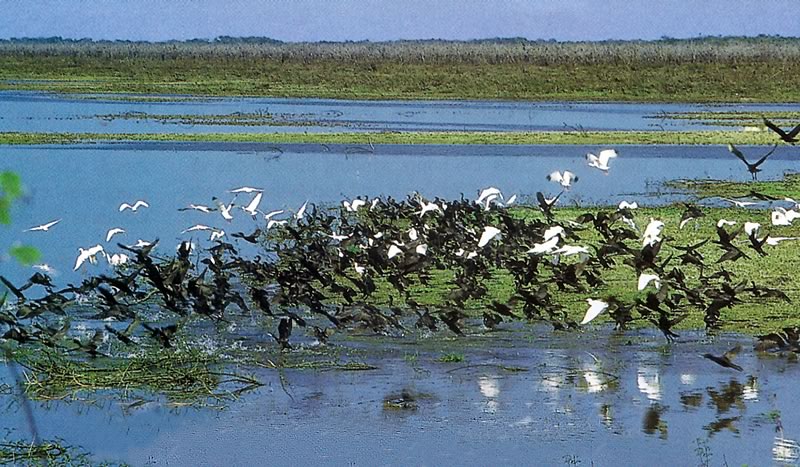 Crooked Tree Wildlife Sanctuary, Northern Belize. This sanctuary is a part of the New River System and among the best birding destinations in the country. The Government of Belize declared this area the first Wildlife Sanctuary in 1984. 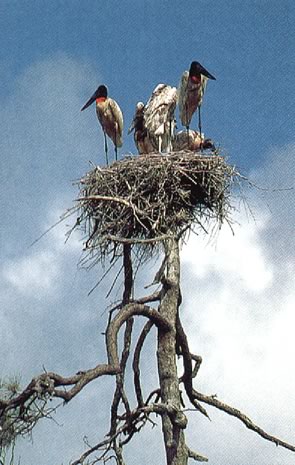 The New River Lagoon is the largest fresh body of water in Belize and drains into the second largest barrier reef system in the world. The lagoon is part of the New River Reserve system which features the longest river entirely confined in Belize. It comprises a string of four separate lagoons, connected by swamps and rivers covering over 3,000 acres. In 1984 the Belize Audubon Society set up the reserve now managed by volunteers.

The river system includes some of the most scenic wildlife sanctuaries and preserves in Belize including, Rio Bravo Conservation Area and the Crooked Tree Wildlife Sanctuary which is home to many migratory flocks including herons, egrets, roseate spoonbills and dozens of other species. Perhaps the most impressive, although elusive, is the jabiru stork. With a nine-foot wing span the jabiru is the largest bird in Belize and the Western hemisphere. 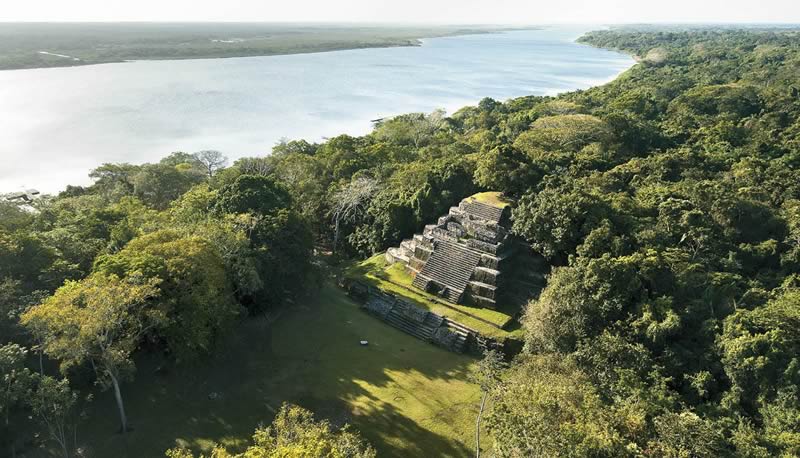 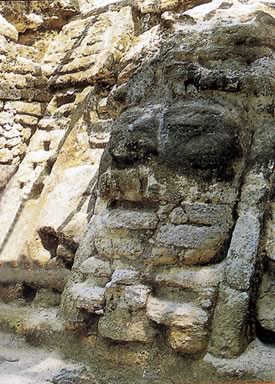 The “Lamanai” Mayan Archaeological Site is nestled along the banks of the New River Lagoon. It is one of Belize’s most accessible sites. Lamanai (Submerged Crocodile) was continuously occupied from 1500 B.C. – AD until 1675 and is known for having the longest history of continuous habitation in the Maya region. It is one of Belize’s largest Mayan ceremonial centers, historically important and visually appealing.

A major attraction of the site is the well-preserved stelae of a Maya ruler emerging from a crocodile headdress. The site features monumental architecture of temples and places dating back from the Classic and Pre-Classic. Howler monkeys and many species of tropical birds live within this vast archaeological reserve of 1.5 square miles. An excellent site museum displays much pottery, flints, etc. You can reach Lamanai by road during the dry season but the preferred trip is by boat along the enchanting New River Lagoon.

“This area in Northern Belize is a heaven for soft adventurers and nature lovers.” Hard adventures such as cave tubing and zip line, the ATM tour, the Black Hole drop etc., are not available from this area and are located in Western Belize. Other Mayan archeological sites such as Caracol and Xunantunich are also located in the Western Belize, Cayo area. Our recoomended resort to tour the New River area is The Lamanai Outpost Lodge.

If you would like to experience the exciting tours and activities in both of these areas during your inland stay in Belize we can arrange combo packages with both locations.