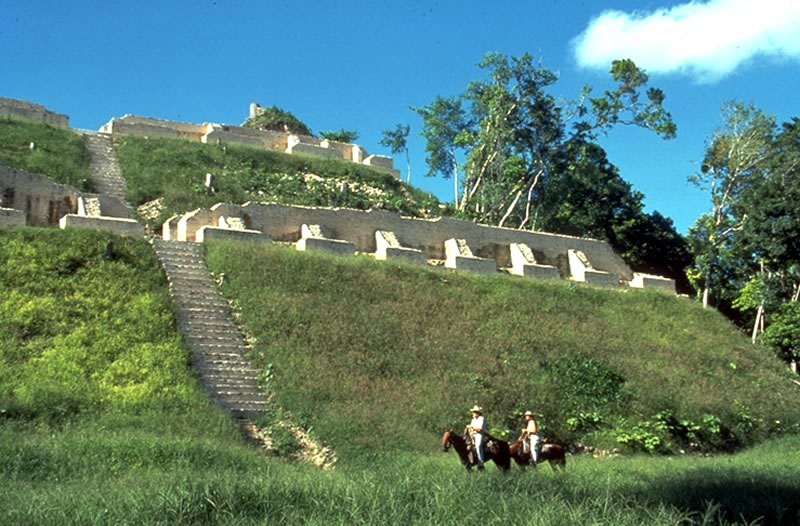 View of the main temple at Cracol the largest Mayan site in Belize.

The Mayan sites in Belize are plentiful and phenomenal. Sites are located throughout the rainforest and even coastal areas such as the Corozal District of Northern Belize. Sites in Corozal include the Santa Rita and Cerro Maya sites which are located just yards away from the bay.

The more prominent sites includes Caracol “The Snail” which is located in the southwestern part of the Cayo District in the Chiquibul Forest Reserve. This is the largest Mayan site in Belize and one of the largest in the Maya world. The tallest man made structure in ancient or modern Belize is Caracol.  It has the most structures, largest area, largest population, most hieroglyphic inscriptions, etc. There is a cryptic glyphs describing some sort of military victory over the mighty Tkal (in Guatemala) at the site.

Enormous core area covers 15 square miles. Between AD 650 and 700, around 36,000 structures were occupied by an estimated population of 200,000, nearly the same as the population of the entire country today. More than 20 miles of white roads that radiated outward from its epicenter like the spokes of a wheel once linked the city together. Many hieroglyphic texts have been found at Caracol on stelae, altars, ball court markers, capstones and wall facades. From these texts, more than a dozen rulers. 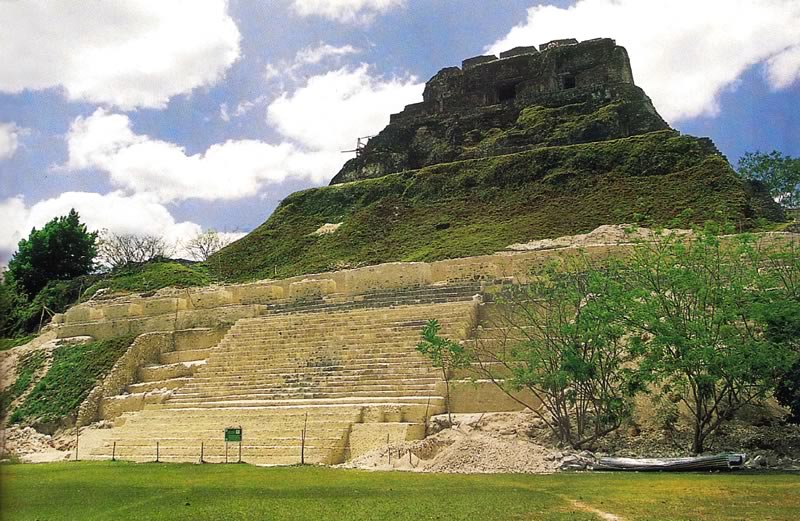 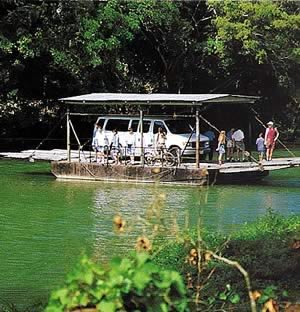 XUNANTUNICH (Maiden of the Rock) is located in the extreme western part of the Cayo District across the Mopan River near the village of San Jose Succotz. Visitors and their vehicles would cross the scenic river by means of a hand-cranked ferry.

The tallest temple at the site “EI Castillo” is nearly 130 feet high and adorned with an expressive architectural frieze it is visible for miles around. Unlike Caracol, this site is more easily accessible and is one of the largest and most impressive ceremonial centers in the Belize River Valley. Much restoration has recently given Xunantunich a new look. The view from the top is breathtaking and includes western Belize and a section of Guatemala. Glyphs and symbols place the rulers in kingship with the heavens. The site museum features two impressive stelae and an excellent exhibit at the entrance.

LUBAANTUN (Place of Fallen Stones) Located in the central part of the Toledo District near the head of the Rio Grande River, Lubaantun is a 13-mile drive west of Punta Gorda. Its structures are manufactured of dressed stone fitted together without mortar. It is one of the largest sites in southern Belize. Fourteen major structures are here including several ball courts, grouped around five main plazas. The site consist of mostly stone platform-pyramids, some of which are enormous and originally topped with perishable structures. Huge stone retaining walls and terraces wind through the site. Structure 12, the largest at the site, rises 36 feet above the plaza floor. Undoubtedly an important commercial center, the visitor center displays artifacts, pottery and figurines from the site. 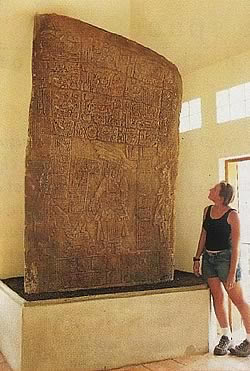 NIM LI PUNIT (Big Hat) Located off the Southern Highway 24 miles from Punta Gorda in the Toledo District of Southern Belize, Nim Li Punit is famous for its stelae. More than 25 have been found including the tallest in Belize and 2nd tallest in the Maya world. The site is a Mayan ceremonial center lying in the foothills of the Maya Mountains. Several of  the most impressive stelae have been moved from the site and are now on display in the attractive site museum. The museum features a narrow and well-preserved; 31-foot-long stela with carving that depicts a Maya ruler with a panel of glyphs above and below. A richly carved stela called stela 15 is near by. It dates to A.D. 721, the earliest date known from the site.

The above is just a few of Belize phenomenal Mayan ruin sites, also check out the Lamanai Ruin Site along the new river. Tours to Tikal in Guatemala is also offered.