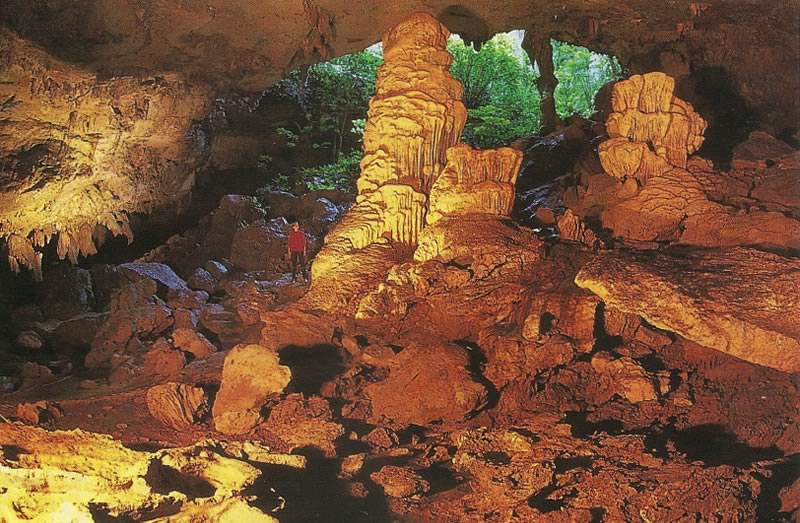 Belize‘s massive underground cave system is considered one of the largest in the world. Huge tower-like formations found at the mouth of an opening in the Cave Branch River System.

Belize is better known for its barrier reef, islands, atolls, forests and Maya temples. However, just beneath the surface are some of the most spectacular and extensive cave systems in the world. A journey into Belize’s spectacular under-ground realm is like a trip to a museum; an opportunity to learn more about the ancient Maya, geological processes that has shaped our planet and exotic animals both living and extinct.

Fast becoming one of Belize’s most fantastic attractions and popular activities, caving provides thrills to suit nearly any age and fitness level. And, while you might be expecting dank and claustrophobic passageways, you are more likely to find enormous chambers and cathedral-sized rooms.

Caves are to Belize like Swiss is to cheese. In fact, that’s a good metaphor. Beginning nearly a million years ago, seeping rainwater and Underground Rivers began etching through soft bedrock and outcrops. Today, the limestone matrix that is riddled with caves – just like a block of Swiss cheese. After caves are created, and while they are still relatively dry, the process reverses and a redeposit ion of material occur. With each rainfall, a small mineral coating is left behind. Over a vast period of time, nature’s paintbrush creates an endless array of cave formations known as speleothems – stalactites, stalagmites, soda straws, columns, flowstone, draperies, bacon strips, rim pools and more. 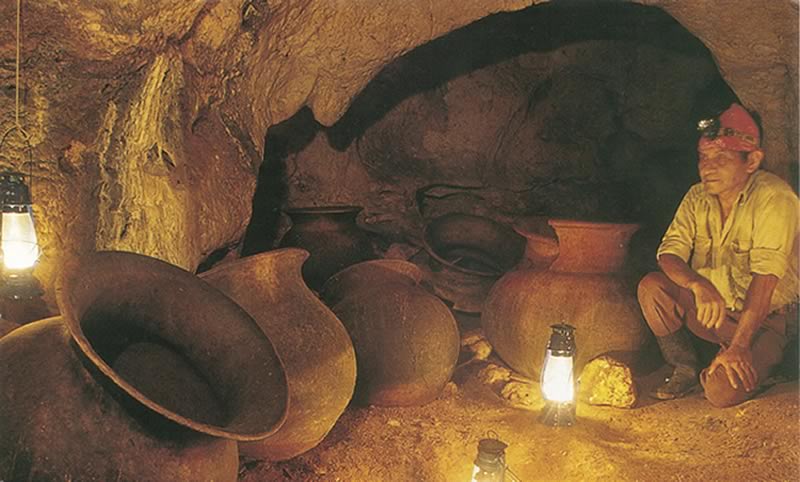 Belize caves were being explored at least as early as 1918. However, it wasn’t until the 1960s that caves were being studied in any regular fashion. By 1984, a total of 65 cave sites had been explored. In recent years, caving in Belize has increased rapidly. The Foundation for the Advancement of Mesoamerican Studies (FAMSI) currently reports that 304 cave entrances representing more than 250 caves have been documented. Undoubtedly, there are hundreds more lying hidden in the jungle, silently guarding their secrets. 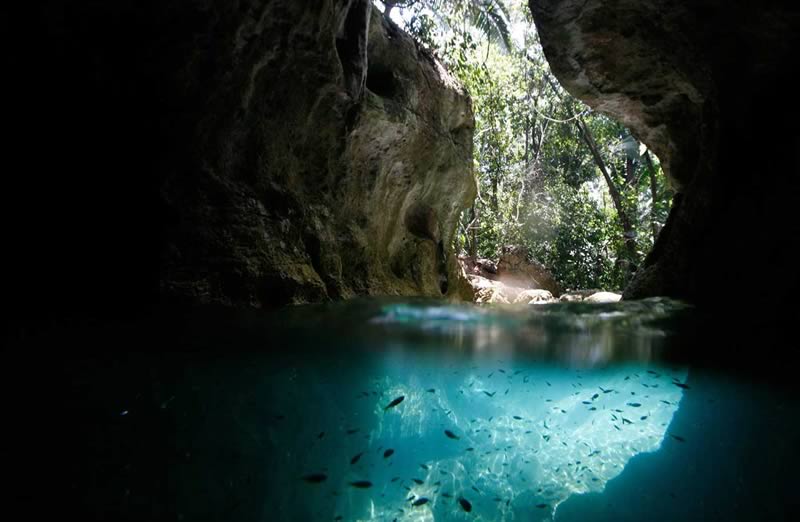 Rio Frio Cave is located in the Belize Mountain Pine Ridge Forest Reserve. There is an impressive 65-foot arch at its opening. The Rio Frio (Cold River) flows in one end of this cave and out the other, helping to create smooth limestone walls and sharp stalactites. Just about a half a mile in length, this is a great choice for the first-time caver. From the cave’s opening, visitors have a striking view of the entire cave and stream running through it. Massive stalactites hang down from the ceiling in this other worldly cave. The site is usually included with a day trip to the reserve from most lodges in the Cayo area.