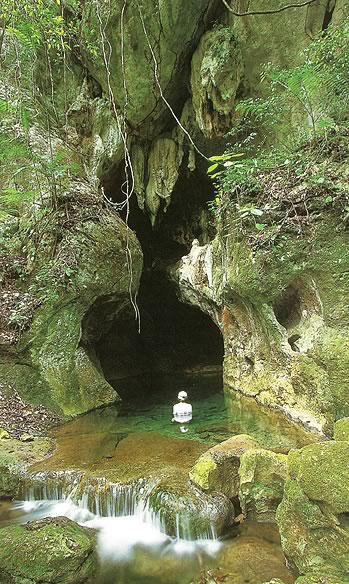 Belize Actun Tunichil Muknal Cave (ATM tour). The ATM cave was discovered in 1989 and is one of Belize’s best preserved, archeological Mayan ceremonial sites. Nearly all of the cultural artifacts still remains in “the cave up to this day.

On this tour you will trek along the ancient jungle and river trails of the ancient Mayans to their underground passageways then enter cave caverns that dates back over 2000 years during the classic era.

You will learn about the mysteries of the ancient Mayan Underworld when you enter the cave. They used these enchanted cave cavers as ceremonial centers. You will see Burial Chambers with human remains, ceremonial vessels and other cultural artifacts left behind by the ancients.

“The Crystal Maiden” is the most famous of the human remains found in the cave. It is the skeleton of a teenage girl who was probably a sacrifice victim. The natural processes of the cave have completely covered her bones leaving them with a sparkling appearance. There are several such skeletons in the main chamber. 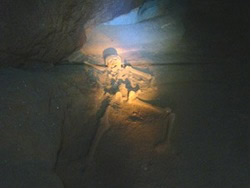 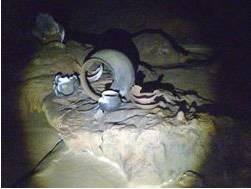 To reach the cave, requires a 45 minute nature hike into the jungle including three stream crossings and passes through the 6,700 acre Tapir Mountain Nature Reserve. You will need to be prepared to get wet, and remain relatively so during your time in the cave since the entrance to the cave is flooded..

Note: To do this tour you must be able to swim, be in relatively good physical shape and do not suffer from claustrophobia.