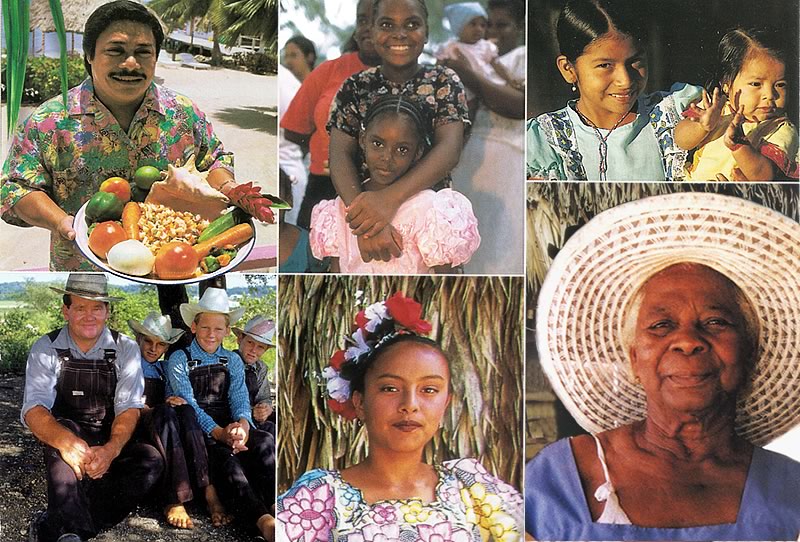 Belize culture and ethnicity is one of the most diverse in the region. When you visit Belize you will meet some of the friendliest people. It is a land of many races, and colorful faces. People are the heart and soul of this beautiful little country. They stand rich in tradition, and tall with pride. Their looks are diverse like the country itself. Their faces come in many colors, with hues of red and yellow, black and white.

They are sincere and genuine, warm and friendly people. And the common thread that ties them together is one word, Belize. This is Belize, and like its people, it is no ordinary place. You will see it and feel it as you travel the country.

Ethnic groups includes a blend of Maya, Creole, Mestizo (a mix of Spanish and Indian), Garifuna (black Carib Indians) and Mennonites. Certain towns and villages have higher populations of one ethnic group versus another. For example, towns located near the borders with Mexico and Guatemala such as Corozal Town, San Pedro, San Ignacio and Benque Viejo del Carmen all have a higher concentration of Mestizos and Spanish is widely spoken as is English. Belize City and the central and southern regions of the country have higher populations of creoles although Dangriga Town, Seine Bight and Baranco Village are predominantly Garifunas. Add to this a mix of international wayfarers who wandered in and never left. Resulting is a people of storybook character with an uncommon tolerance for one another. Perhaps this tolerance comes from their checkered past. It’s a colorful tale of wars, slavery and the struggle for survival.

For centuries Belize was the object of a tug-of-war between England, Spain, Mexicans, Indians and even the Maya. It seems everyone wanted control of this lush country for its rich supply of log-wood and mahogany. Eventually the English prevailed, naming the possession British Honduras. It carried that name until 1973 when the country was renamed Belize. Perhaps the newness of the name explains why it’s one of earth’s best-kept secrets. The people of Belize cherish what they have, and they’re happy to share it with you. But, they are very protective of their land, and ask you to be careful where you leave your footprints. This is good, because it keeps earth as earth should be..