Belize was a former British Colony until it received it’s independence in 1981. It is the only country in Central America with English as the official language. Everyone in Belize speaks English. Other languages include Spanish, Chinese, Garifuna and various Native Indian ethnic languages such as Mayan and Ketchi.

This beautiful and unspoiled country is located at the southern tip of the Yucatan Peninsula approximately 150 miles south of Cancun. This location is the heart of the Caribbean Basin hence Belize is more Caribbean than Central American. The landmass is about the size of Massachusetts, (8,876 square miles). The length  of the country is 185 miles and 85 miles wide. It’s borders are Mexico to the north, Guatemala to the south and west and the Caribbean Sea on the east. 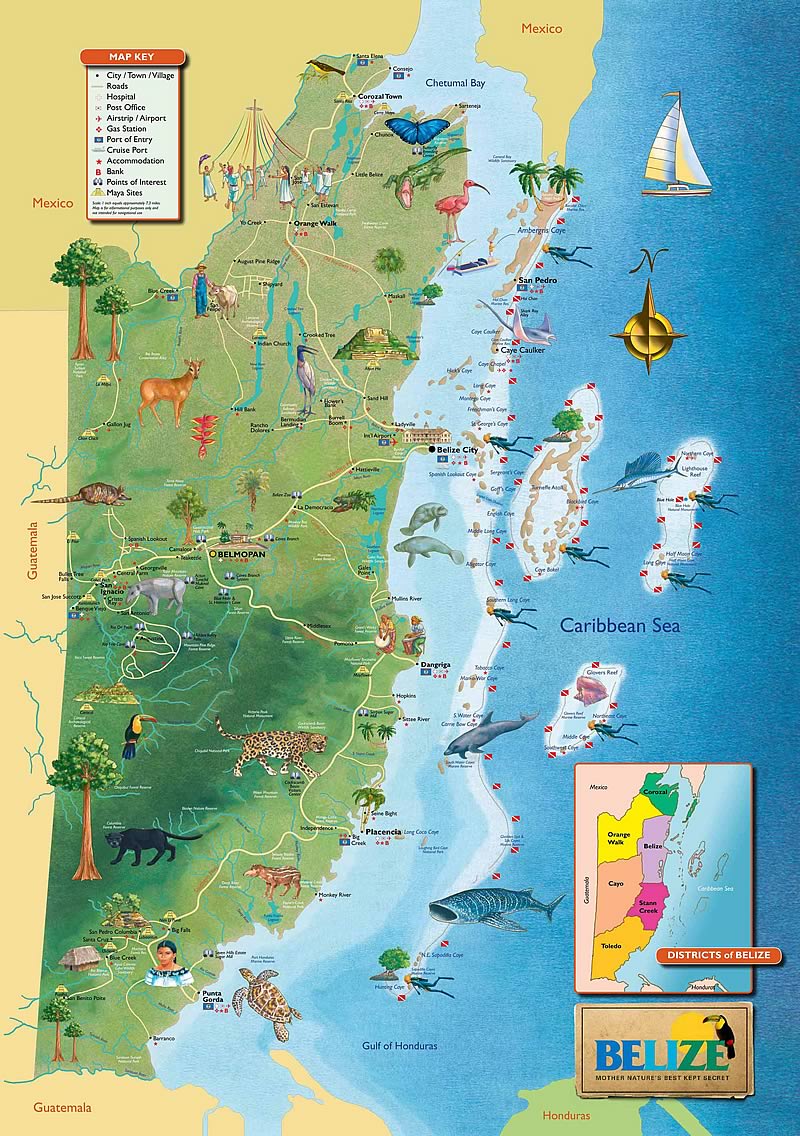 What sets Belize apart from most other countries in the region and the world is the richness of its natural resources due to a very low population density.  While neighboring countries with similar landmasses have millions of inhabitants, Belize population is just a little over 250,000 people.

A third of country’s land and marine environments have been designated as protected areas, and most are managed for tourism.

Off the coastline lie’s 185 miles of adjacent reef, the largest in the Western Hemisphere. Reef attractions include hundreds of cayes, three magnificent atolls and the Great Blue Hole. Inland, an unspoiled rainforest, rivers, cave systems, Mayan archaeological sites, the world’s only jaguar preserve and many more awaits you.

It is very easy to travel between the areas of attraction across the country you can do so by road, plane or boat. With so many exciting things to see and do Belize is the perfect destination if you are looking for an unforgettable tropical vacation in the Caribbean sun.